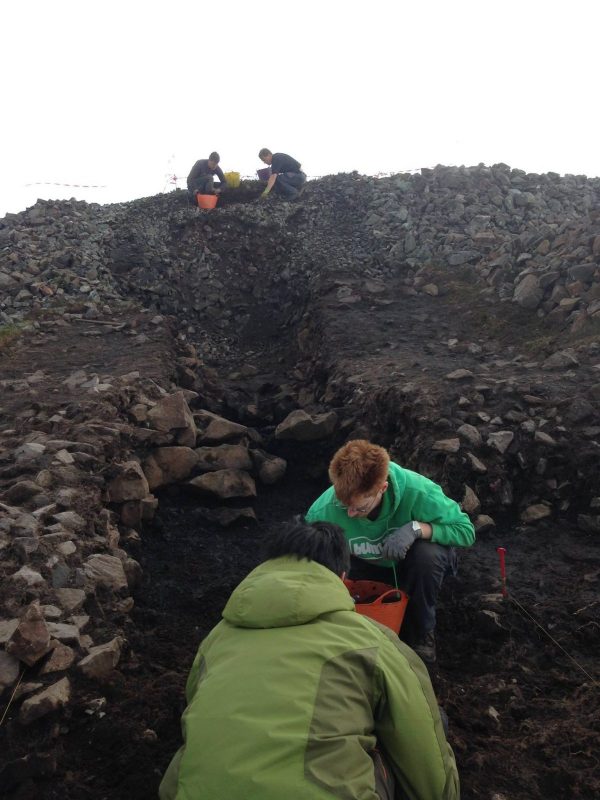 This is a photograph of the 2017 summer excavation of the top of The Tap (as it is affectionately known). The Tap O’ Noth is the second highest Iron Age Hill Fort in Scotland (outflanked by Ben Griam Beg in Sutherland) and is certainly one of the best preserved. It is approximately 2500 years old and would have been contemporary with the founding and rise of Rome. The fort itself is some 21ha it’s outer rampart consists of boulders but it is the inner rampart which bares the more impressive walls. Parts of the inner fort are heavily vitrified which means the stones were fused under intense heat. The base of the structure would have been at least 4m thick and the walls would have stood about 4m high. There is a strong possibility that a wooden structure would have sat on top of the walls. It would have been an impressive and imposing site, visible from a large part of Aberdeenshire.

In 2017 archaeologists started a program of investigation of the fort. One of their aims is to establish its possible continuation of use by the Pictish population 1000 years after it was built.